Back in September I announced that my colleague Stephen Celis and I would be launching a new video series focused on functional programming and Swift, called Point-Free. Four months later, and a whole server-side Swift web framework written from scratch, we are live!

Also, all of the Swift code written for the backend, from middleware and routing to views and payments, is completely open sourced on our GitHub organization. We discovered quite a few amazing things along the way. For example, using the Xcode toolchain it is trivial to write screenshot tests on webpages.

Further, by pushing side effects to the boundary of the application, we are able to run entire webpages directly in a playground. This made experimentation and iteration a breeze! 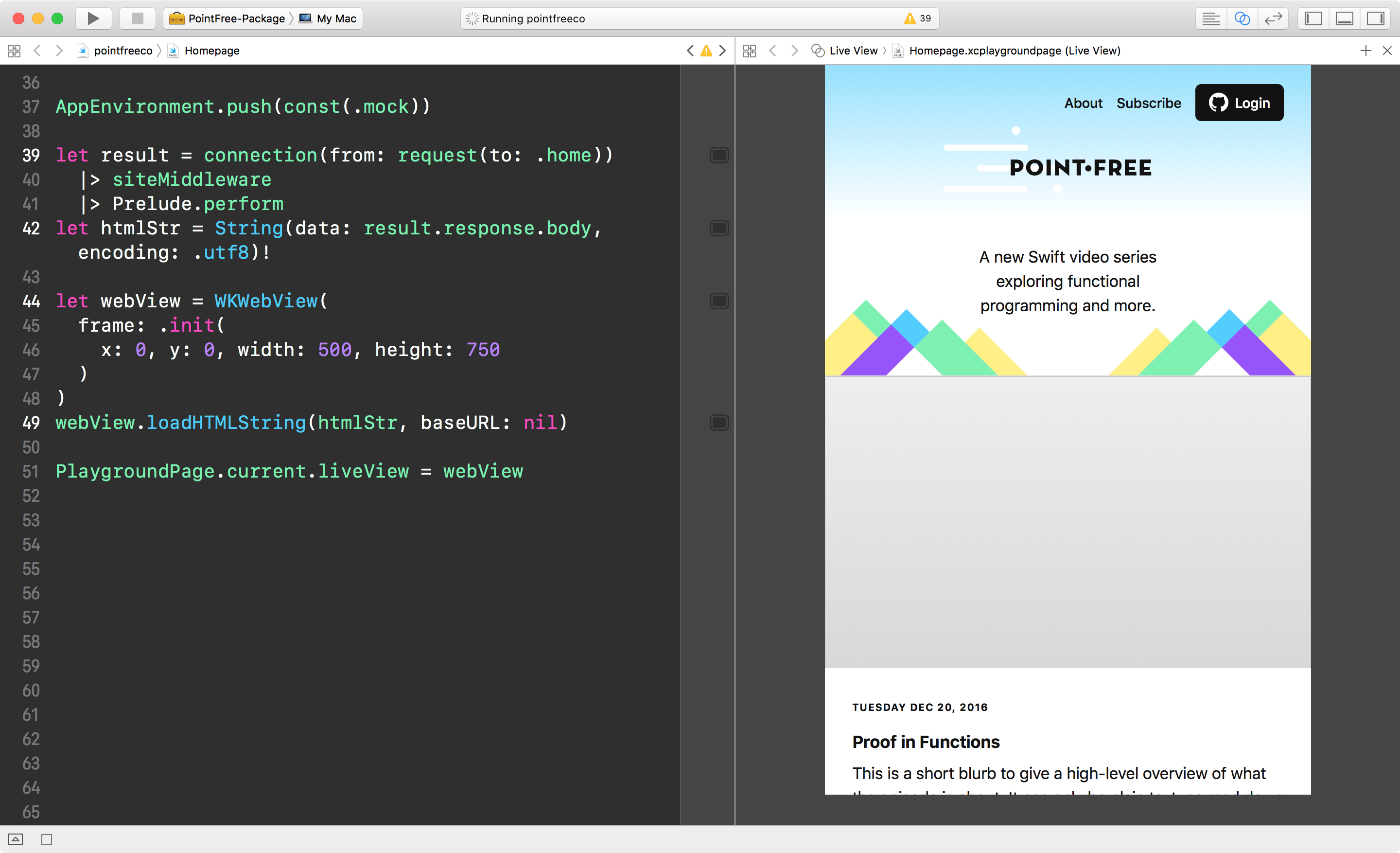 Also, if any of this interests you and you want to collaborate on some work together, I’m available for hire.